The country is set to come to Antrim town on Saturday 27th July when Randox Antrim Show will once again take place in the beautiful setting of the Shanes Castle Estate, Antrim.

Sponsors, members and supporters gathered recently at Shanes Castle to officially launch the 2019 event and call for entries to its competitions.

Speaking at the launch of Randox Antrim Show, Chairman Fred Duncan, said “Our committee of volunteers all work hard to put on a Show that will welcome more and more people each year to come and experience the pleasures of our country way of life.

“As a not-for-profit organisation, sponsorship and funding is extremely important to the Society and we are indebted to each and every sponsor, new and long-standing. Their valuable support is what makes it possible to run the show and offer prize money to attract the best to enter our competitions. I want to add a particular note of thanks to Randox, our title sponsor, whose additional support has allowed us to add features in recent years to improve our event’s offering and attract even more people.

“The Show is also greatly indebted to our many show stewards and the local Young Farmers’ Clubs who help us in the run up to the event and on the day itself.”

Representing the show’s title sponsor at the launch, Marc Coppez, Randox Health Business Development Manager, commented; “We are delighted to partner with the Randox Antrim Show in this our third year of sponsorship. This much-anticipated agricultural event is a popular landmark in the Borough’s summer calendar and, as an Antrim-headquartered company we are proud to once again work alongside the local community to bring this great event to fruition.

“We look forward to another successful Randox Antrim Show on Saturday 27th July as we bring our message of preventative health to attendees, enabling them to extend their lives and, crucially, to live healthier for longer.”

The new Mayor of Antrim & Newtownabbey, Ald. John Smyth, supported the provision of the Show’s Launch, in addition to new and invaluable funding that the event has been awarded this year from Antrim and Newtownabbey Borough Council, said; “Randox Antrim Show attracts over 6,000 visitors which is a welcome boost to the local economy. It also gives the local town people the opportunity to see what the agricultural community has to offer and that sirloin steak doesn’t come in a plastic bag!

“The future lies in taking on the challenge to connect with all visitors to and residents of the Borough and let them know that Randox Antrim Show is happening and encourage them to visit.”

Finals, Qualifiers and New Classes
The Society is delighted to be hosting four Northern Ireland finals this year. The prestigious final of the Thompson’s NISA Dairy Cow Championship will take place at Antrim. This final is the culmination of nine rounds of qualifiers and showcases the very best of Dairy Cattle in the province.

For the first time the show will also host the Aberdeen Angus Ulster Championships. The NI Dexter Group has once again chosen Antrim to host its Premier Show, and for the sixth year, Randox Antrim Show will host the Northern Ireland Limousin Championships.

In the equine section, Antrim will again host a qualifier for the Equestrian & Farm Feeds/NISA Clydesdale Championship. Also, the Working Hunter classes will return after their successful introduction last year. These are in addition to the Show’s normal equine classes and show jumping section which has a total prize fund of just over £2,000.

In the sheep section, Antrim has introduced a new category for Dutch Spotted and will, once again, see the return of the NI Sheep Shearers Association Shearing Competition.

New Cup and Donation
The Horticulture and Home Industries section has been presented with the Jim McKay Trophy, a brand-new trophy for the best exhibitor in the vegetable section. The late Jim McKay from Larne, was a steward and exhibitor in the Horticultural section of the Show for many years. He’d bought the trophy before Christmas but sadly passed away very suddenly in March 2019.

About Jim, David Crawford, Home Industries Director, said, “Jim was a gentleman, who enjoyed encouraging young people and new gardeners to exhibit at Shows. We will really miss his help and cheerful banter.”

Entries in the Horticulture and Home Industries section, with the exception of home baking entries, eggs and horticulture, will once again be judged on the Friday evening, with entries being taken up until the afternoon of Friday 26th July.

There are a few new classes to look out for in the baking section of the Show’s schedule this year as well as a new YFC Craft class to make a ‘Kitchen Memo Board’.

At the show launch, Antrim representatives of Macmillan Cancer Relief were presented with a £1,000 donation by the directors of Antrim Agricultural Society. As a charity that provides invaluable physical, emotional and financial support to cancer patients it is a cause that is close to committee members’ hearts.

Family Attractions
Randox Antrim Show wants to enable visitors to literally take a stroll through country life during the event. Aside from a wealth of farm animals and pets to peruse, the family event offers a wide and eclectic mix of stands including craft and home industries marquees, alongside agri-products and machinery.

If you like to ‘keep ‘er country’ with a bit of jiving, make sure you enter on-the-day for a chance to be crowned the next ‘King & Queen of the Castle’ in the jiving competition. Thanks to invaluable support from the Enkalon Foundation to help provide the wider bandstand marquee and its contents, the jiving competition’s live music will be provided by the ‘Jive Chicks’ and there’ll be prize money as further incentive.

YFC Games
The YFC County Games Competitions Day is also held at the event. You can expect tug-of-war, tractor handling, gator challenge and slippery football. They also plan to host the Final of the YFCU Build-It Competition.

This year Young Farmers’ Clubs members who are 18+ years can enter the event for the reduced fee of £5 on production of a valid YFCU membership card at the entrance gate.

Entries Open
A copy of the Show Schedule is available HERE.

Times and Prices
The action takes place on Saturday 27th July from 9am to 5pm. Admission details are HERE. 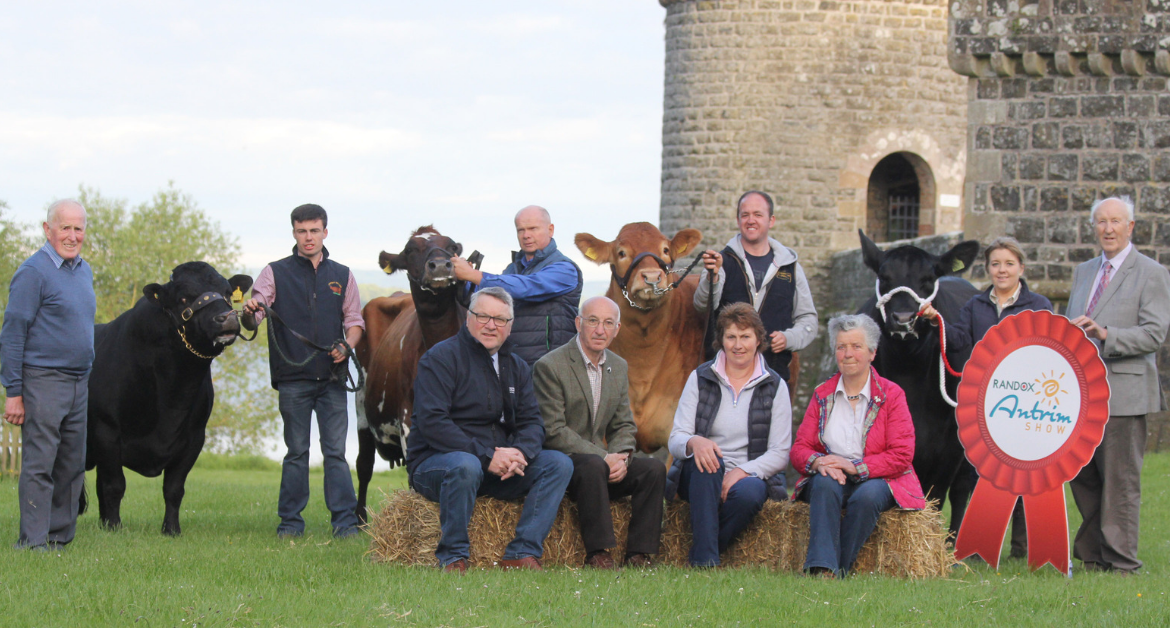